Here I am – curious about Madagaskar’s extraordinary flora and fauna (beyond the cute animated series by DreamWorks) and ready to add another pin in my ambitious map of globe-trotting. Some friendly and playful lemurs will probably be quite entertained to see me.

This sunny country in the Indian Ocean, off the coast of East Africa, is the fourth-largest island in the world, is a hotspot for biodiversity; with over 90% of its wildlife found nowhere else on Earth! Also, it has traces of human settlement as ancients, as  2000 BC.

Yet this amazing country with diverse ecosystems and unique wildlife, surrounded by blue ocean waters… belongs to the group of least developed countries of the world, according to the UN. Recent changes and investments brought certain growth, but with the riches not evenly spread throughout the population, the majority of the Malagasy population lives quite poorly.  But happily… I hope. 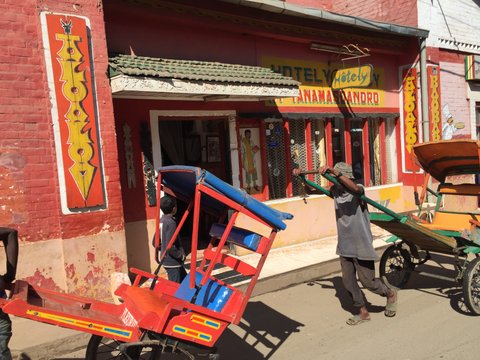 So, Malagasy and French are both official languages of the state. (Good chance to flaunt my French…) French influence, naturally, is visible everywhere. The majority of the population believes in traditional local Gods, in Christianity, or in some odd mixture of both. Considering the economic and political turmoil of the last decades, they do need faith to advance through life…

Well, on the seaside – mostly fish and seafood, in the mountains – rice.

But the fun part is the native plants and animals – as I said – they are so unique here due to a long evolution in relative isolation, after the prehistoric separation of the island from the super-continent Gondwanaland some 88 million years ago…

Do not miss the lemurs

Lemurs for sure stand out!  Daily active, nocturnal, darker, lighter, all 100 types of them… Very cute animals. But don’t miss also the charming local chameleons…

The trees… here, and only here you could find real “dinosaur” trees – like 6 of the total 8  types of baobab – the iconic tree of Africa, which is also the national tree of Madagascar. Truly amazing plants, called also “the tree of life”, as they provide shelter, clothing, food, and water for the animals and humans alike. The cork-like bark and huge stem are fire resistant and are used for making cloth and rope, while the leaves are used as condiments and medicines. The fruit, called “monkey bread”, is edible, and full of vitamin C.

In general, the country, understanding the strategic importance of tourism, is very welcoming to foreigners. People are friendly, entrance in easy (a visa stamped right at the airport), NO dangerous tropical diseases, which require utmost caution and a heavy dose of immunisation shots… 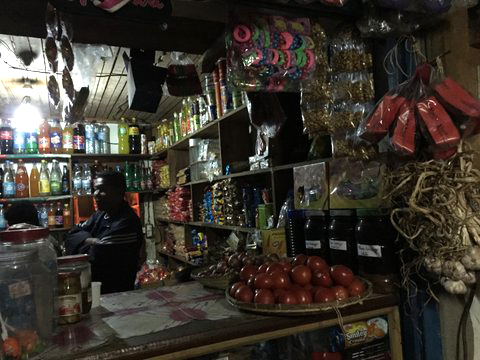 And last, but not least, Madagascar means parteeeeee! Good bars (and many of them), clubs and discos, warm African temper and very low prices make sure that party rhythm fires up your blood and the jamboree goes on at any time! Imagine… Cuba, but maybe even… cheaper. So a good party after the spectacular sunset is the best way to relax from a busy day exploring the unique flora and fauna of the island.

Trust me, it works.